In 1999 after working on the first straw bale house in the Netherlands, the Butterfly house in Ouwerkerk, our founder Thomas Pijnenborgh was invited to come help design and build a clay brick house in Morganbay, South Africa. In 2002 after working on several more houses in the holiday village of Morganbay he became one of the co founders of Khula Dhamma Community, being the youngest (23) he played a minor role in this process at that time.

With five friends we purchased land near the coastal village of Haga Haga in the Eastern Cape. The land is about 8 km from the sea (with beautiful deserted beaches) and was just under 300 hectares of rolling ‘bush veld’ with lush greenbelts, bordered on by the Quko River. Geographically it is situated on the southern cusp of the sub-tropical climate region which allows for extensively diverse and year-round cultivation.

The first thing we did was invite the Rainbow Family over to come and organise a Rainbow Gathering on this beautiful land. Thanks to the presence of our Dhamma brothers and sisters (Vipassana medition), it was what today we would call a Healing Rainbow Gatherings. A life changing event for everybody involved. 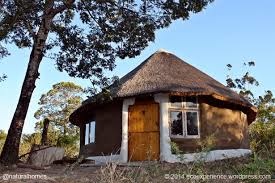 A PLACE OF AWAKENING
“Just as treasures are uncovered from the earth, wisdom appears from a pure and peaceful mind.” Buddah
KHULA DHAMMA
A little piece of heaven nestled in the rolling hills of Haga Haga in the Eastern Cape, an area of remarkable beauty and tranquillity, rich in indigenous fauna and flora, where the calls of the vibrant birdlife remind you that the beauty of the Retreat lies in its natural solitude. Out of respect for nature and the treasures she has to offer, we have created a entirely self-sustaining, off the grid Retreat Centre on an Ecological Farm, enabling us to tread lightly on the face of the earth, inspiring those who share with us to manifest their full potential in their daily lives. Revive and regenerate your soul on the path of self-discovery and awakening towards a more peaceful, joyful, abundant, conscious way of living.
A PLACE TO DREAM
“When we dream alone it is only a dream, but when many dream together it is the beginning of a new reality.” Friedensreich Hundertwasser
A PLACE TO SHARE
In the spirit of sharing and nurturing, Khula Dhamma Retreat Centre was offering a venue as well as a series of events and workshops aimed at the revival and enrichment of body, mind, spirit and Earth, allowing for growth in the secluded, peaceful surroundings, where we can all dream together and find our new realities. 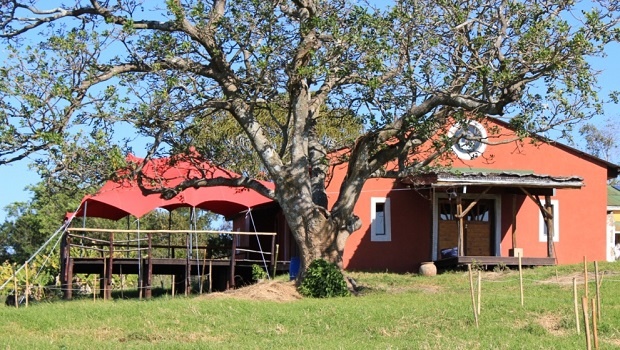 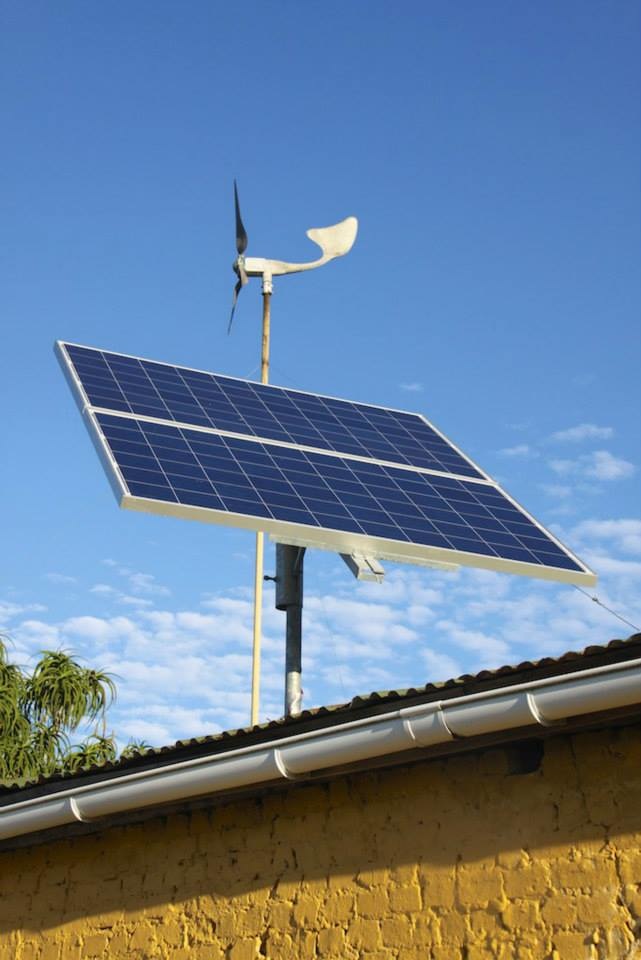 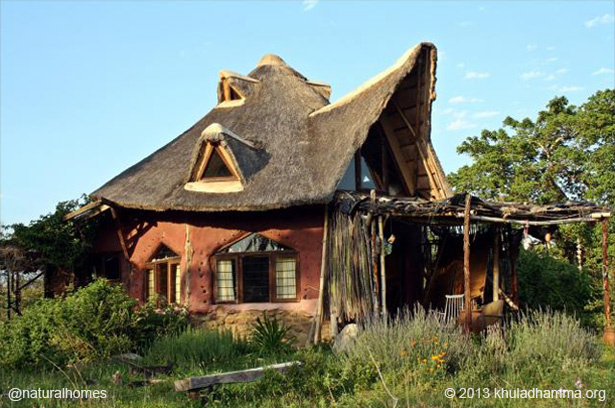 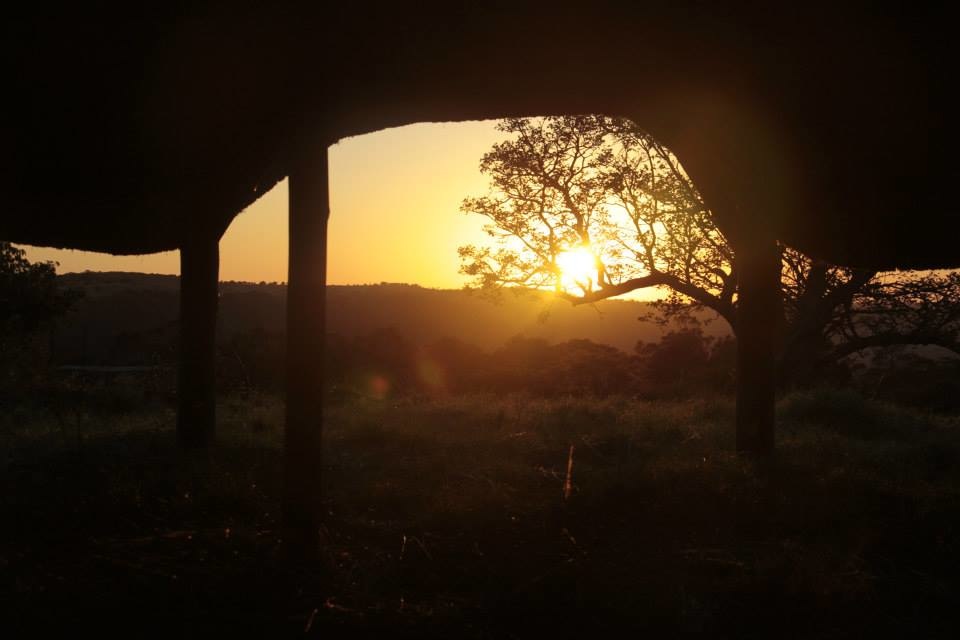 Up until 2008 there were still only 6 resident members with a regular flow of visitors and volunteers, we sold of 80 hectares. Thomas became a visitor himself after settling back in the Netherlands... With the help of volunteers and with very little finance Khula Dhamma managed to secure a water supply with a solar pump, a permaculture garden, set up two bee hives, built an outdoor compost toilet, 3 Yurts, a large kitchen and three houses for guests. The community also retrofitted the old farmhouse, installed satellite internet, now the community house, and the barn, now a workshop and gathering space, as well as two old traditional thatched roundhouses.

In 2007 an article about Khula Dhamma and the Global Ecovillage Movement was published in Biophile magazine. At the same time we had some much needed repair work done on our road. These two events, along with our resounding intention, created an energetic gateway for others to come and join us on our endeavour. 2008 was a pivotal year for us with people contacting us from many different countries with a wish to come and visit and possibly join. In 2009 we were seven resident members with two 4 year-old children, a toddler and a baby. In 2010, 2012 and 2013 more than 20 people joined in the proces of integration and up to 60 more were volunteering and thinking of joining the community. The fast growth of the community created some problems with the integration of all the new people. A rift appeared in the community and in 2013 there was an exodus of people, some of them went to join other communities in South Africa, Congo and Brasil. 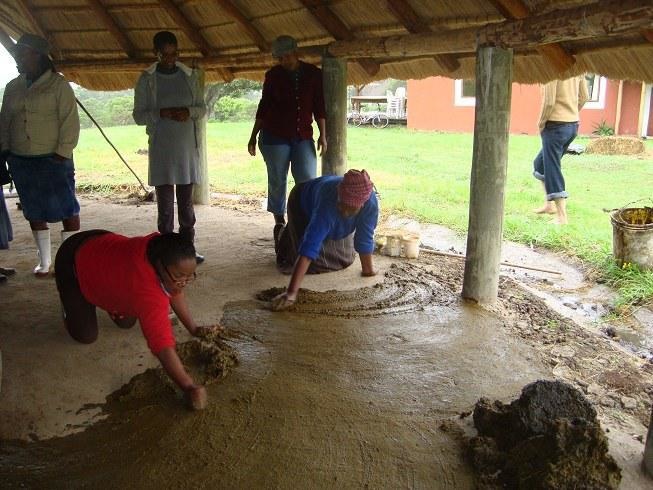 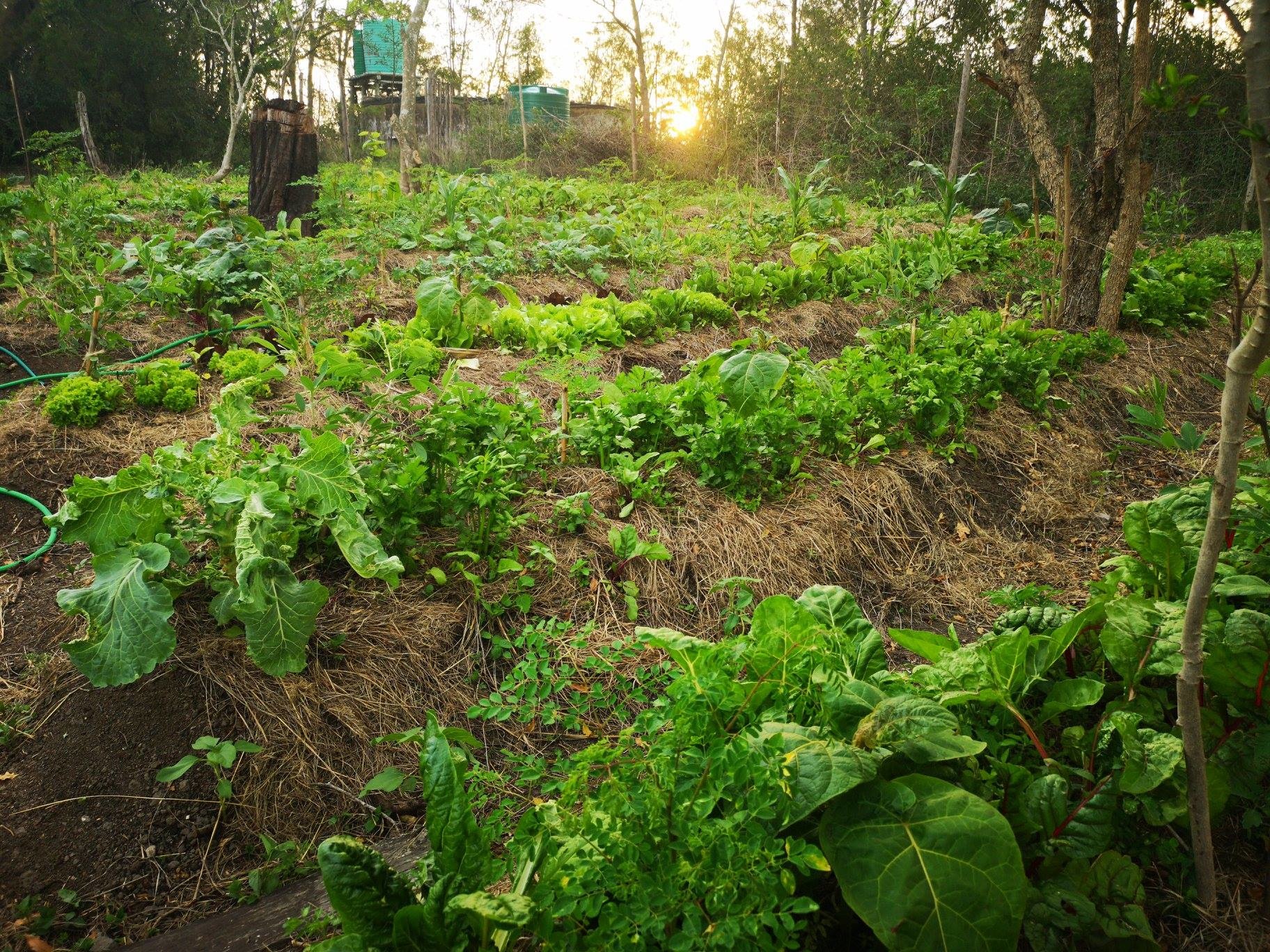 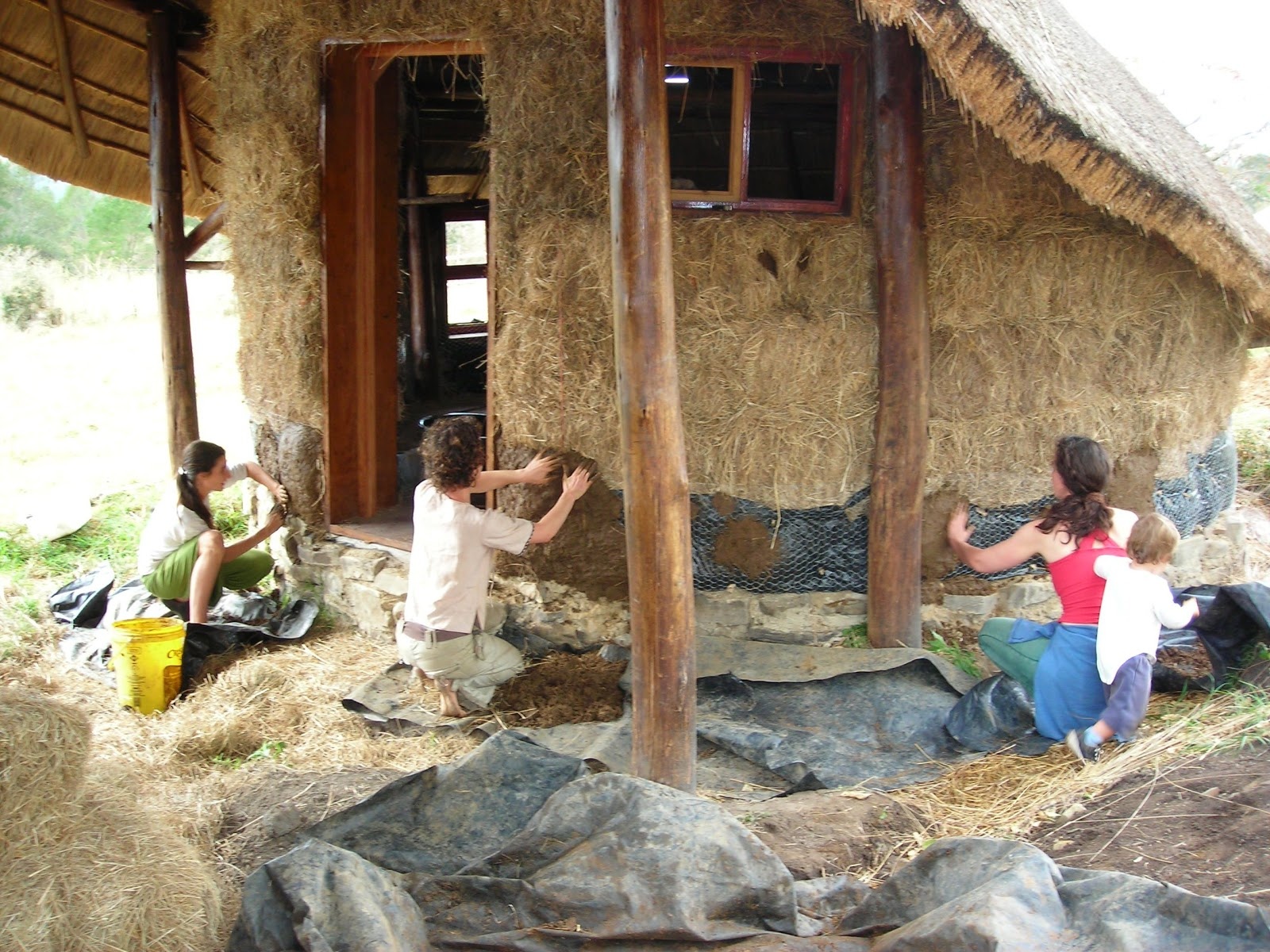 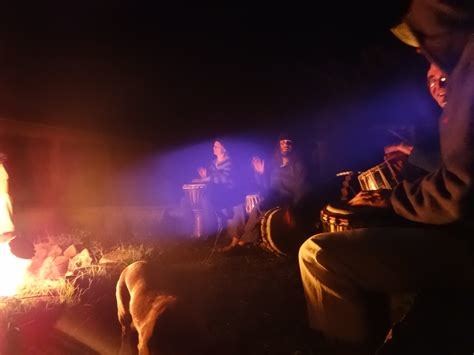 After transforming the existing buildings we eventually built six more beautiful round natural homes. There is also a forest garden and personal Permaculture gardens by every house. We build one StrawBale house, most of the other natural buildings at Khula Dhamma are cob with wattle and daub partition walls. Cob is made from clay, sand and straw, all materials that are freely available on the land and just need work to process them. Many of the homes use glass bottles and old car windscreen to great effect.

TRANSFORMATION
In 2016 Khula Dhamma came under new management and the name was changed to Khula Dharma community; http://khuladharma.com/ 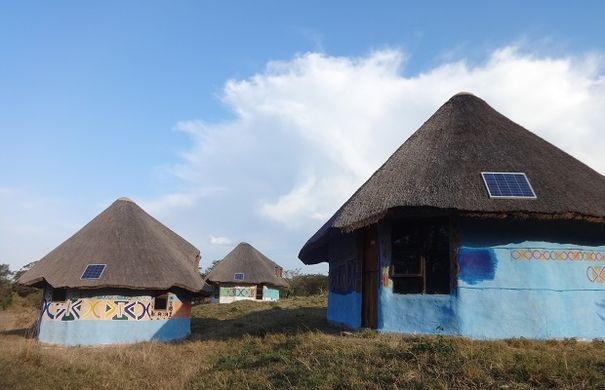 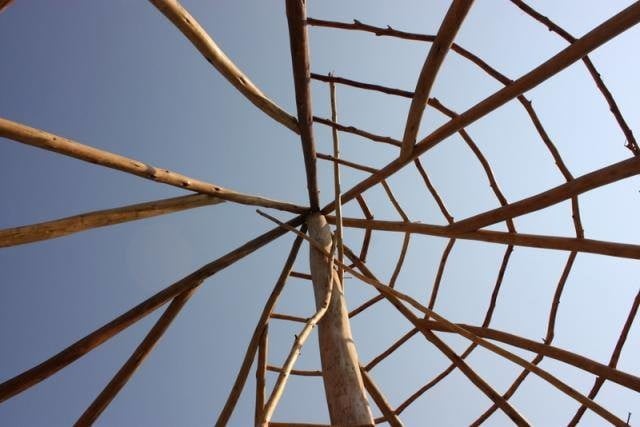 A PLACE OF PEACE

We all feel enormously fortunate to have played a role in shaping Khula Dhamma into an environment that is primarily designed as a haven for personal, spiritual exploration and is enhanced by a profound reverence for all of Creation. To integrate simple, natural and creative living into a sensitive and supportive environment for a diverse, yet attuned community.